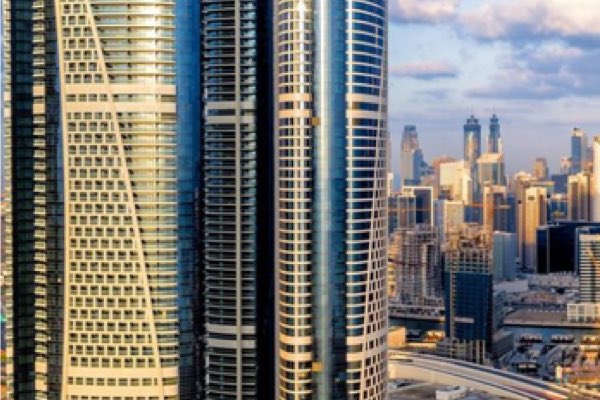 The UAE has introduced new real estate reporting requirements as part of its fight against money laundering.

The clampdown is primarily aimed at transactions involving virtual assets, and is a partnership between the Ministry of Economy (MoE), the Ministry of Justice (MoJ) and the UAE Financial Intelligence Unit (FIU).

The new rules will cover the sale of freehold real estate properties in the UAE, whether for a portion or the entirety of the property value.

All payments that include the use of a virtual asset must be reported to the FIU, as well as payments where the funds used in the transaction were derived from a virtual asset, state news agency WAM reported.

The UAE is one of the first countries to implement such requirements for payments related to virtual assets and real estate agents, brokers and law firms are obliged to record the identification documents of all parties involved in any transaction, including both individuals and corporate entities.

Abdulla bin Touq Al Marri, minister of economy, said real estate was one of the UAE’s key sectors so the new rules were introduced so there is “little or no room for manipulation or illegal practices that could negatively impact the work environment and the economy and investment within these sectors.”

Ali Faisal Ba’Alawi, head of the UAE FIU, added that the new reporting requirements “will be used to trace the suspicious movement of funds or investments as part of our fight against money laundering and terrorism financing”.

The real estate sector has seen strong growth recently. In the second quarter of 2022 Dubai Land Department recorded a total of 22,504 sales transactions worth AED59.15 billion ($16.11 billion). This was a 61.56 percent year-on-year increase in volume, and the highest for a decade.

Private real estate developer Damac Properties announced in April it had begun acting as a facilitator in the conversion to fiat, and the sale of property to holders of crypto such as Bitcoin and Ethereum, via a regulated digital asset trading platform.

“The reporting requirements for real estate transactions involving virtual assets is welcoming news as we believe they will assist in assuring the safety and security against fraudulent transactions to our customers,” Amira Sajwani, general manager of sales and development at DAMAC, told AGBI.

“In order to assess the existence of a money-laundering risk, concrete assessments of transactions and a customer’s situation provide indications that help raise red flags and trigger reporting obligations,” she said.

“Hence, the new law of reporting certain transactions is implemented to help protect the economy from such risks. It aims to bring stability to the financial system and aids in the drive against money laundering.”

Danny Whitlock, conveyance and compliance manager at Powerhouse Real Estate in Dubai said the new requirement would “ensure that untraceable funds cannot be used to purchase property in the country” and help the UAE to maintain its reputation as a “safe haven for those who want to invest in property here”.

While the government did not elaborate why the new rules had been implemented, industry figures published last month found that the number of Russian buyers of Dubai real estate surged 164 percent year-on-year in the first half of this year.

Brokers in Dubai said that Russian buyers deal only in cash or cryptocurrencies.

One broker, who declined to be named, said: “It is actually harder for Americans to get their dollars out of the USA to Dubai than the Russian to get their money from Moscow to Dubai.”

The US in June warned UAE banks that they faced sanctions if they were found to be processing financial payments for those close to the Russian government.

Addressing a roundtable of the UAE Banks Federation during a two-day visit to the country, Wally Adeyemo, deputy secretary of the US Treasury, warned the country’s lenders that “failing to do the sufficient due diligence needed to know your customers is not a defence”.

He also pointed out that non-US entities may be subject to sanctions themselves by the US Office of Foreign Assets Control (OFAC) if they provide any assistance or support to Russian clients attempting to circumvent the sanctions in place since the start of the Ukraine war.